Posted by Turfcall at 21:56 No comments:

INTERNATIONAL HORSERACING
Your adventure into the world of Global Horseracing a
warm welcome to Nicholas Godfrey (GB) (Racing Post)
http://www.racingpost.

PIONEERING TO SOLVE THIS PROBLEM
“So the plan is that rather than the likes of Contributor having to be sold to Australia to race in Australia I want to be able to keep those types to race for people who are interested in running them in International races, “

HOW DOES ED DUNLOP RATE THE EUROPEAN UNION GOVERNMENT?
How helpful is the EU to work with, or not as the case maybe? Lets see if the EU government can really help
Ed Dunlop in his quest to sort this one out properly and within the next month. Clive Brittain the first global horseracing pioneer from 1974 has given a good lead, as have a considerable number of other British and Irish trainers since. As the EU'S main aim is to allow free movement and trade throughout Europe, it looks like all the lights are on green already, lets hope so. Watch this space.

“New way of trying to find next International Star. "

“WITH the likes of champion fillies Snow Fairy and Ouija Board on his CV, before Red Cadeaux, Ed Dunlop has enjoyed more global success than most. Recognising he is better known for his exploits abroad than he is at home – Dunlop also won last year’s Canadian International with Joshua Tree-the Newmarket trainer is soon to launch a syndicate venture specifically designed to target the pots of gold which, if they aren’t at the end the rainbow, remain on offer at the end of a plane ride.

“I’ve got some interest in Australia and I feel that if I can’t attract some clients now after what Red Cadeaux has done then it’s a sad state of affairs,” says Dunlop. You get A$900,000 (£485,000) for finishing second in the Melbourne Cup but Red Cadeaux isn’t going to last forever, and finding a replacement the replacement is hard going. “


“Dunlop is painfully aware of the costs involved- and also the temptation for owners to sell even after the right kind of horse has been identified. “I had Times Up for two years trying desperately to send him to Australia but for a British Owner-breeder it’s a lot of money,” he says.

“Contributor was another horse I thought would be very good abroad but he got bought by Sheikh Mohammed for a lot of money and that’s what happens. You and I couldn’t afford to turn down the money either.

“Australians in particular are in love with our horses at the moment and they are becoming quite expensive, “ Dunlop adds, “So the plan is that rather than the likes of Contributor having to be sold to Australia to race in Australia I want to be able to keep those types to race for people who are interested in running them in International races, “
Character profile: “Red Cadeaux” by Ed Dunlop (GB) Newmarket.
“He’s probably spent two years outside Newmarket during his life. We’re talking about huge amounts of time away but the extraordinary thing about this horse is that he doesn’t seem to have a time clock:  He doesn’t seem to have a quiet season as he goes from one place to the other, which makes him a rare individual.

“He really does need individual attention every day, which is where his daily handler-rider Steve Nicholson comes in, with back up support in the travelling arrangement department from Robin Trevor-Jones. Their dedication is a huge part of the whole thing throughout the daily athletic training needed. These three musketeers have been wandering around the world for the last four years.

“The horse was a rig with a trapped testicle, which was removed at the end of his two year old career. He’s always had a lazy temperament and we had to stop galloping him with other horses because he looks so unimpressive. His work going into Dubai last year was appalling, so uninspired I wondered if we really could go there.

“He has his soundness issues as he gets older – we found last year that Melbourne took an awful lot out of him and he did well to even get to Hong Kong, let alone finish fourth. Even in his old age, he can get very excited, a little bit naughty, when he’s fresh. He spends most of his life alone minding his own business. “

JMC: Red Cadeaux is an 8 year old gelding by Cadeaux Genereux out of Artisia born on March 6, 2006, bred by Foursome Thoroughbreds. He is owned by Ronny Arculli, and trained by Team (Ed)  Dunlop. (GB) He is usually partnered in his races by Gerald Mosse. But he has had other riders Ryan Moore, Graham Lee, Frankie Dettori, Michael Rodd, Eddie Ahern, Tom McLaughlin. And of course professional handler-rider Steve Nicholson who rides him out every day who will know him best of all. It would be interesting to hear what additional info Steve Nicholson could add to this true adventure story.

THIS WEEK
Thursday December 4
BBC1 11.45pm - 12-30am
Andrew Neil discusses political and parliamentary
developments from the past seven days.
http://www.bbc.co.uk/programmes/b006mvhd

THE TRUE BRITISH AND IRISH

TAKING SHAPE IN THE RIGHT FORM WITH RACHEL HOOD IN THE SADDLE AT NEWMARKET THE TRUE HOME OF BRITISH HORSERACING.
AT LONG LAST THE TIDE IS BEGINNING TO TURN
Rachel Hood Newmarket - Image Res

The Right Honourable Rachel Hood-Gosden Pioneer of the Turf (GB)


The Right Honourable Clive Brittain (GB) “The Smiling Pioneer” with Robin Oakley. Outstanding achievements at home and abroad since 1972. 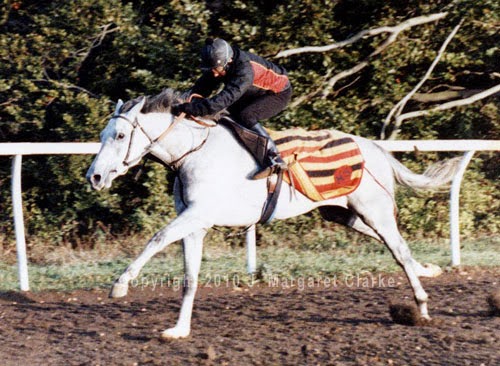 Frank Conlon
﻿
Posted by Turfcall at 01:20 No comments:

World Politics Zone
http://www.politics.co.uk/
IMMIGRATION ZONE
FACT ONE
British male Conservative government do not have the right to confuse the British people into believing those who have escaped war torn countries with only the clothes they stand up in, alone, having no family left alive, are migrants, or immigrants.
There is a whole world of difference between people who escape from war torn countries … and migrants, or immigrants.


What matters are the Conservative’s intending to see to over the next six months leading up to the next General Election in May 2015. Instead of the usual in- fighting? Is anyone allowed to know?

A good job these skills exists in their own right, even if going frivolously unrecognized by dangerous government malpractice over the last 6 decades. There is one thing for sure, there would be no horseracing at all if left to government.

Wonderment, where am I? Goodness me
what is all this about? Am I safe?
Posted by Turfcall at 01:36 No comments: