On the Racing Road: Around The World

The Ultimate Journey to the Racecourses of the World
Hardcover – September 3, 2007
by Nicholas Godfrey (Author)
Be the first to review this item
http://www.amazon.com/On-Racing-Road-Ultimate-Racecourses/dp/1905156316

THE BRITISH EQUUS ZONE
The Bloodhorse Illiterate British political legal and  horseracing government are frightening  the horses and the people who work with them every day. They have got away with doing this over the last 6 decades

THE BRITISH EQUUS ZONE WHERE IS IT?


Over the next fortnight the world renowned British Wimbledon Tennis Championships are taking place in . Welcoming players from around the world to compete here. There are and have been recognised  World Tennis Rules in place over the last 6 decades.  Which are understood by the people who flock to each year to watch and enjoy this tennis tournament. Strawberries and cream the tea time special.
The tennis racquets have changed considerably over time, The ball boys and girls are always on court for every match played there, as is the umpire. Looking back over the decades it can be seen that Tennis has thrived and moved on year after year.  The tennis players themselves have been and are fantastic.
Horseracing however it appears, is far more complicated because of  the racehorses  themselves being a work of art to progress in training, far from straight forward to understand. Not realised in the main at all by the people in government whose regulation procedures are so cruel.
British horseracing is still being regulated by bloodhorse illiterate people who do not include the needs and rights of these horses at all  or the people who work with them every day.
,

Our Queen Elizabeth 11 and members of her family have achieved true bloodhorse literacy in their own right. Our Queen joining-up with American Horseman Monty Roberts in 1989 is one of the most amazing true stories of all time, ever.  Last week our Queen's party at Royal Ascot took place from Tuesday to Saturday, Termed to be the Olympics of horseracing.  An international meeting. The racehorses who took part out of this world, Prepared by true brilliant horsemen. Horsemen the British bloodhorse illiterate government regulators regard as crooks, cheats. People to punish, up to no good, A lethal perception if ever there was one.

The Man Who Listens to Horses | | Monty Roberts
www.montyroberts.com/shop/books/the-man-who-listens-to-horses

Nicholas Godfrey talks to Charles Barnett Ascot's chief executive as he prepares for his final royal meeting before stepping down' .
charles barnett to retire as ascot chief executive ... - Ascot Racecourse
http://www.ascot.co.uk/sites/default/files/documents/Charles.pdf
13 Nov 2013 ... Ascot Racecourse today announces that Charles Barnett will retire ... tremendously grateful to Charles for everything he has achieved at .


THE racing industry in was given a big boost after Rachel Hood, wife of John Gosden, was elected mayor of the town at a full council meeting held on Tuesday night.
Hood, who is also president of the Racehorse Owners Association, is an active figure in local politics, serving as a town and district councillor.
She also founded the Save Historic Newmarket Action Group, which has led the opposition to Lord Derby's controversial plans to build homes on the Hatchfields Farm site in the town.
Just four years after having no elected representatives on the body, racing is now very well-represented after trainer John Berry was elected as deputy mayor.
said: "It's great news all round and Rachel, who was deputy mayor last year, was elected with four abstentions. I was elected unanimously as deputy."
Rachel Hood has achieved true bloodhorse literacy in her own right.
Rachel belongs in the true Equus Zone at the highest level.

ROA president Hood elected mayor of Newmarket | Horse Racing ...
http://www.racingpost.com/news/horse-racing/rachel-hood-roa-president-hood-elected-mayor-of...
21 May 2014 ... THE racing industry in Newmarket was given a big boost after Rachel Hood, wife of John Gosden, was elected mayor of the town at a full ...


Owners' president Rachel Hood demands radical changes to fixture .. .
http://www.theguardian.com/sport/2011/jun/23/racehorse-owners-changes-fixture-list
23 Jun 2011 ... Rachel Hood, the new president of the Racehorse Owners' ... and British Horseracing Authority from the process, a prospect that is unlikely to ...

Posted by Turfcall at 21:48 No comments:

Commonwealth Games in Glasgow next month.


Some beautiful sunshine in countdown to Royal Ascot next Tuesday.


Pic: Ron Wallwork holds up the Queen's Baton as mayor Rachel Hood and the crowd look on.


"RYAN MOORE was centre of attention as the Queen's Baton Relay passed through 's Rowley Mile racecourse on the latest leg of its 190,000km journey to the Commonwealth Games in next month.

"Watched by a crowd of more than 1,000, including his own children Toby and Sophie, donned the Queen's silks for his part in the relay as he carried the baton aloft while trotting down the Rowley Mile on racehorse D'Arcy Indiana.

" said::  "It's a great privilege to be asked to carry the Queen's Baton and be  part of a  great event. There has been a great turnout and thank you to Amy Weaver for providing the horse, who was as good as gold. I'm looking forward to putting on these colours again at Royal Ascot next week, where Estimate and Bold Sniper are set to run.

"Earlier the crowd, which included new mayor of Newmarket Rachel Hood, caught their first glimpse of the baton as it was carried into the members' enclosure by Ron Wallwork. Winner of the  20km walk at the Commonwealth Games in in 1966, Walwork has  racing connections as he is a former steward of the Astley Club, the renowned local facility for stable staff.

"He said: "This is quite emotional  for me as I can now remember what it was like to be on that podium in , all those years ago. "

"After leaving , the baton went east to Bury St Edmunds on another leg of its journey, which will end on the opening day of the games on July 23.

NEWS: TEAM (Clive) BRITTAIN The life and times to date of RIZEENA
Clive confirmed that "Rizeena is on course for the Coronation she will run another big race at the fixture, where she scored an impressive victory in the Queen Mary Stakes 12 months ago . The filly had to miss the Irish 1,000 Guineas after bleeding from the nose following a work out just three days beforehand, she is coming along fine, we're quite happy with her. She'll do two bits of work before the Coronation, then she'll be spot-on.
David Carr
"Rizeena went on from the Queen Mary to win the Group 1 Moyglare Stud Stakes at the Curragh -where she passed the post three-quarters of a  length clear of the subsequently-demoted Kiyoshe - and is reckoned capable of better than she showed when seventh  in the British 1,000 Guineas last month. Brittain said  "She didn't run her race at ,, I'm convinced of that, and I'm sure we've  still got a very good filly. The Coronation Stakes is always a good race but she has every right  to go there. "Without a doubt she can run a big race -she's a top filly.

TEAM (Charles) HILLS  "THE KIYOSHI STORY"
KIYOSHI an entry for the British 1000 Guineas 2014 but ended up a non runner after returning lame from exercise.


Last year as a two year old Kiyoshi was babyish and uncertain so she did very well considering. It will be exciting to see her launch her 2014  career as a three-year-old at Royal Ascot next week. said "We've got a couple of options for her, the Coronation Stakes (Friday) or the Jersey Stakes. "
Friday  June 20th 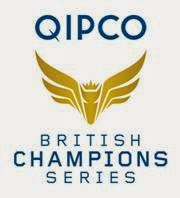 
Welcome to the official website for the Qipco British Champions Series. Find all you need to know about this world class horse racing series in the .


Chriselliam - Wikipedia, the free encyclopedia
http://en.wikipedia.org/wiki/Chriselliam
Chriselliam (2 February 2011 – 7 February 2014) was an Irish-bred ... The filly became the property of a partnership of Willie Carson, Emily Asprey and ...

Chriselliam put down as champion filly fails to recover from foot ...
http://www.dailymail.co.uk/sport/racing/article-2554319/Chriselliam-champion-filly-fails-re...
7 Feb 2014 ... Former champion jockey Willie Carson was one of her owners along ... Talented: (above) nurtured Chriselliam to the Fillies Mile ...

Posted by Turfcall at 22:40 No comments: