JMC: A Warm Welcome To All:
JMC: These flags here are to celebrate mercy through our global path to peace. Peace that can provide Global Daily Decent Human Rights that include the "Female of the Species, and  all life on this earth. RSPCA prosecutions, through male lawyers, possibly corrupt male lawyers, the scale of cruelty being allowed to go on, over the last 7 decades is not acceptable to any and all life.
http://understandinguncertainty.org/node/204
CATHOLIC  NEWS
Migrant crisis: Pope flies 12 migrants to the Vatican

CLIVE BRITTAIN BLOODHORSE LITERATE ACHIEVER IN HIS OWN RIGHT.

Epsom Derby - Wikipedia, the free encyclopedia
https://en.wikipedia.org/wiki/Epsom_Derby
The Derby Stakes, popularly known as The Derby, is a Group 1 flat horse race in England open to three-year-old

UNDERSTANDING UNCERTAINTY :
JMC:  Balance, timing,  hands this young man, or is this a young
woman? has earned his, her own "true bloodhorse literate copyright
rating. But instead is trapped in a male Tory government bloodhorse illiterate
fraudulent living wage scam.

BLUSHING ET'S LIFE TRASHED AND BROKEN BY THE BLOODHORSE ILLITERATE:

MONTY ROBERTS TAKES ON THE CHALLENGE WITH THE BROKEN SHATTERED  LIFE OF BLUSHING ET WHO HAS LOST ALL TRUST AND CONFIDENCE IN THE TWO LEGGED HUMAN RACE:

Monty Roberts (USA) (bloodhorse Literate) shows what happens when the wrong stuff goes in. He works every day with Blushing ET aiming to put things right again. See how he gets on in this documentary.

THE LIFE AND TIMES OF BLUSHING ET: DOCUMENTARY

As babies we enter this world inheriting
the times we are born in. A world
developed and gifted to us by others.
We owe everything before we own anything.

How much do you know about your own families background?

"They had no idea what to do:"

"A new awareness of Jesus:"

EU VOTE : WHO IS IN CONTROL? GLOBAL LAW?
NS: BBC guru our Norman Smith asks,: “Who’s running the show? “Who is in control?

JMC: Are the British people brave enough to vote leave EU?  To take the chance, to rid the world of the corrupted dictatorial courts in Brussels and London?  Courts that only act for the richest in society in theory.  No one else counts.
WHAT IS BREXIT?
http://www.mirror.co.uk/all-about/brexit 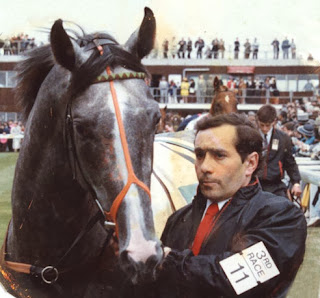 Meet up with Joseph O'Brien on his new website:


The latest Tweets from Joseph O'Brien (@JosephOBrien2): "Can't wait to get our schooling strip up and running @ Owning, Kilkenny, Ireland ...


7 Mar 2016 - Dual Irish champion Flat jockey Joseph O'Brien is reported to have decided not to ride at all this year and to concentrate on his new role as a ...

Your adventure into the world of Global Horseracing

a warm welcome to Nicholas Godfrey.

Posted by Turfcall at 22:26 No comments: